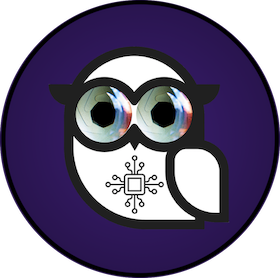 With an eye towards privacy, deviceOwl can help you identify popular consumer household smart devices, and covert consumer surveillance devices, along with their capabilities and potential from a privacy perspective.

The knowledge of a device's capabilities can help you make better decisions about how to protect yourself, and the people you care about.

Using a simple point-and-scan approach, deviceOwl empowers you to quickly check the capabilities, and surveillance potential of visible suspicious and unknown devices. If a known device is detected, deviceOwl displays simple yet holistic information about it's capabilities, allowing you to take the appropriate actions to protect your privacy.

deviceOwl uses true AI-based device threat intelligence, that is periodically updated by Entropic Labs through the Owl Cognition Network. These updates help deviceOwl to recognize newly released devices, along with providing information on their capabilities from a privacy perspective.

deviceOwl engages the "Internet of Things" privacy problem with an unprecedented approach to device detection. Intelligent computer vision is used to efficiently detect and reveal the true nature of visible suspicious and unknown devices.

When you first install deviceOwl, you're using Basic Edition.

A subscription to Advanced Edition provides additional features including:

2) Reveals important privacy and safety considerations for select devices, such as product recalls.

4) Travel option that allows you to install all of deviceOwl's knowledge, so you can check devices without an Internet connection while travelling.

The Owl Cognition Network is the intelligent network backbone behind deviceOwl's ability to visually recognize devices, and provide details about their capabilities, and is responsible for:

1) Adapting to detect existing and emerging hardware devices that aren't yet known by the network.

4) Distributing this knowledge via knowledge updates to deviceOwl.


You can control how deviceOwl interacts with this network via deviceOwl preferences.

The default "Basic Edition" of deviceOwl installed from the App Store includes the ability to detect Household Smart Devices.

A household smart device is one that is generally intended to make your life more convenient, increase your peace of mind, or security at home.

Generally speaking, these devices are not marketed, or intended with the singular purpose of spying on individuals, though this is commonly a by-product of their design, and an organization's transmission, handling, and centralization of captured personal information.

There is a big problem with covert surveillance devices today. Their open availability on e-commerce sites, such as eBay and Amazon, means their abuse is running rampant. These devices use specific design features to remain highly autonomous, and enables them to operate for weeks or months at a time without being noticed, or detected by traditional "IoT" network scanners.

Todays covert surveillance devices can have the form factors of objects that you might commonly expect to see in a household, rental room, conference room, or public area, and thus you may not immediately notice them. Examples include spy smoke alarms, spy USB wall chargers, spy cell phone battery boosters, spy bottles, and more. These are just a few examples, and the number of different form factors is increasing.

These devices might also be miniaturized, making them difficult to find. In many cases, devices can be both disguised and use miniaturized cameras and microphones. Examples include spy screw cameras, and pinhole cameras.

These devices are also increasingly using methods to hide their surveillance sensors. Many of these devices now use reflective shields, and other techniques to hide their camera lenses, infra-red (IR) emitters, and microphones from being exposed by torches and lasers, commonly recommended as a way to help find surveillance devices.

These covert surveillance devices can capture surveillance data directly to a local storage device, such as an SD or TransFlash card for potentially weeks or months at a time, without broadcasting a network signal.

Even when they are remotely accessed, it is common for an operator to connect to the device directly via a P2P (peer-to-peer) wifi network, which can be used by the operator to temporarily communicate with the device.

This means the device is not necessarily going to be connected to a shared wifi network, and makes it difficult to be detected by traditional "IoT" network device scanners.

These devices can also capture video at a very high resolution, commonly 1080P and 4K. While night vision is now common, vendors are now starting to introduce color night vision.

The use of motion detectors, such as video motion detection (VMD) allows these devices to efficiently store high resolution surveillance data, without running out of storage.

Device types (a.k.a. Form Factors) help deviceOwl recognize and classify devices. When deviceOwl analyzes a device, it uses a "Device Type" that is selected by the user to help it more accurately classify the device. Also, when a known device is detected, the device type (such as "Digital Clock") is also displayed near the top of the details area.

In deviceOwl, a device type refers generally to what a device looks like, or is meant to look like. A device with a given device type may have varying degrees of surveillance potential, meaning it could be a household smart device, or a covert consumer surveillance device.

The current device types used by deviceOwl, are detailed here. These are subject to change.

What is "Cognition Boost"?

If you're having problems identifying a device that is partially damaged, or has permanent marks or stickers that can't be removed, this feature allows you to temporarily increase the sensitivity of deviceOwl to help identify the device.

To activate Cognition Boost, simply tap the coffee icon in the lower left corner of the viewfinder during device checking.

Cognition Boost should only be used for the above purposes as a temporary way to help identify a device. For this reason, this feature is can only be temporarily enabled, and will be turned off automatically once you finish device checking.