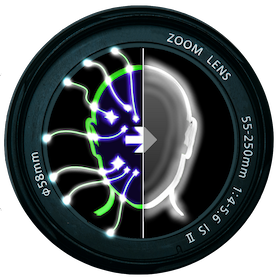 While a single photograph of an individual may or may not disclose a whole lot of information about them, many photographs can be used to train machine-based facial recognition systems over time, to dynamically identify them under a variety of different scenarios.

As the effectiveness of machine-based facial recognition improves, nefarious governments, organizations, and criminal groups, are actively gathering, amassing and selling photos of individuals, including publicly available ones, as photographic profiles, helping their buyers develop systems that can further erode your personal privacy.

volteFace helps you protect your privacy and identity by targeting and anonymizing key facial landmarks in your photos, making them resistant to machine-based facial recognition, while still allowing others to view and appreciate them as originally intended.

Your photos are modified sufficiently enough to subvert the dependencies of machine-based facial recognition systems, making them resistant to correlation and analysis by entities other than the people for whom they were originally intended.

Depending on the level of privacy you need, volteFace also provides an option to anonymize entire faces in photographs, vs. just facial landmarks only. This makes them more resistant to recognition by both machines & people.

Finally, volteFace will also cleanse your photos of metadata that can also be used to infer more information about your identity and lifestyle.

In the context of volteFace, anonymizing is a term that refers to processing one or more photographs, and removing information that can ultimately be used to affect, or erode your personal privacy. The process of anonymizing a photo involves modifying it in several different ways, ranging from making faces unrecognizable to machine recognition, to removing metadata from the photo, that might contain personally identifiable information.

In summary, volteFace prepares your photos and makes them resistant to exploitation by machine learning and other photo analysis approaches, before you share them with others.

Face detection is a technology that can recognize the existence of faces in photos & videos.

An example is when you take photo of a group of people, the faces are detected and highlighted to help you capture a better shot.

Face recognition is a technology that can not only detect an individual's face in photos & videos, but can also confirm the identity of the individual - ex: John Smith.

Face landmarks are the key features of your face that machine-based facial recognition systems are trained with. These systems depend upon these landmarks to confirm whether a given face in an image is yours, from potentially multiple perspectives - such as from a CCTV video capture.

Face identification is a type of face recognition, where the details of an individual's face are cross-referenced against a large database of many faces of individuals to confirm their identity.

An example is when customs and border protection capture your photo to confirm your identity when you enter a country. In this process they also keep this photo to ensure their database is kept updated as your facial profile changes over time.

Face verification is another type of face recognition, where the details of an individual's face are compared against another face of an individual to confirm whether they are the same person.

An example is a retail surveillance system that tracks potential shoplifters using a database of facial profiles of unknown individuals. Alerts can be triggered automatically when the same person returns to the store, without actually knowing who they are.

To be clear, the retail store might also tie this information back to the identities of individuals, as with Know Your Customer (KYC) systems, where the objective is to confirm identity of the individual.

Face authentication is a technology that uses face verification, or face identification to govern whether you can access a specific hardware device, software, or service. Your actual identity may or may not be confirmed.

An example is a smartphone that you can train to confirm your face, making it more convenient to unlock and access your cell phone.

Emotion recognition is a technology that can recognize the emotions of an individual in photos & videos, and using other methods such as text and sound analysis. For instance, to detect whether someone is happy, laughing, or surprised.

An example is the use of emotion recognition systems to monitor your reaction to products on shelves at a supermarket to measure the effectiveness of product packaging & shelf positioning.

Photo metadata is additional information that is embedded into, and describes a photo. This information can describe not only the photo itself (ex: width & height), but also the environment in which it was captured (such as GPS location and Altitude), the hardware on which it was captured (ex: iPhone 7 Plus), and the software that might have been used to create or modify it.

There are now several standards about how photo metadata can be represented, the most prevalent of which is currently the Exchangeable Image File Format (EXIF) standard.