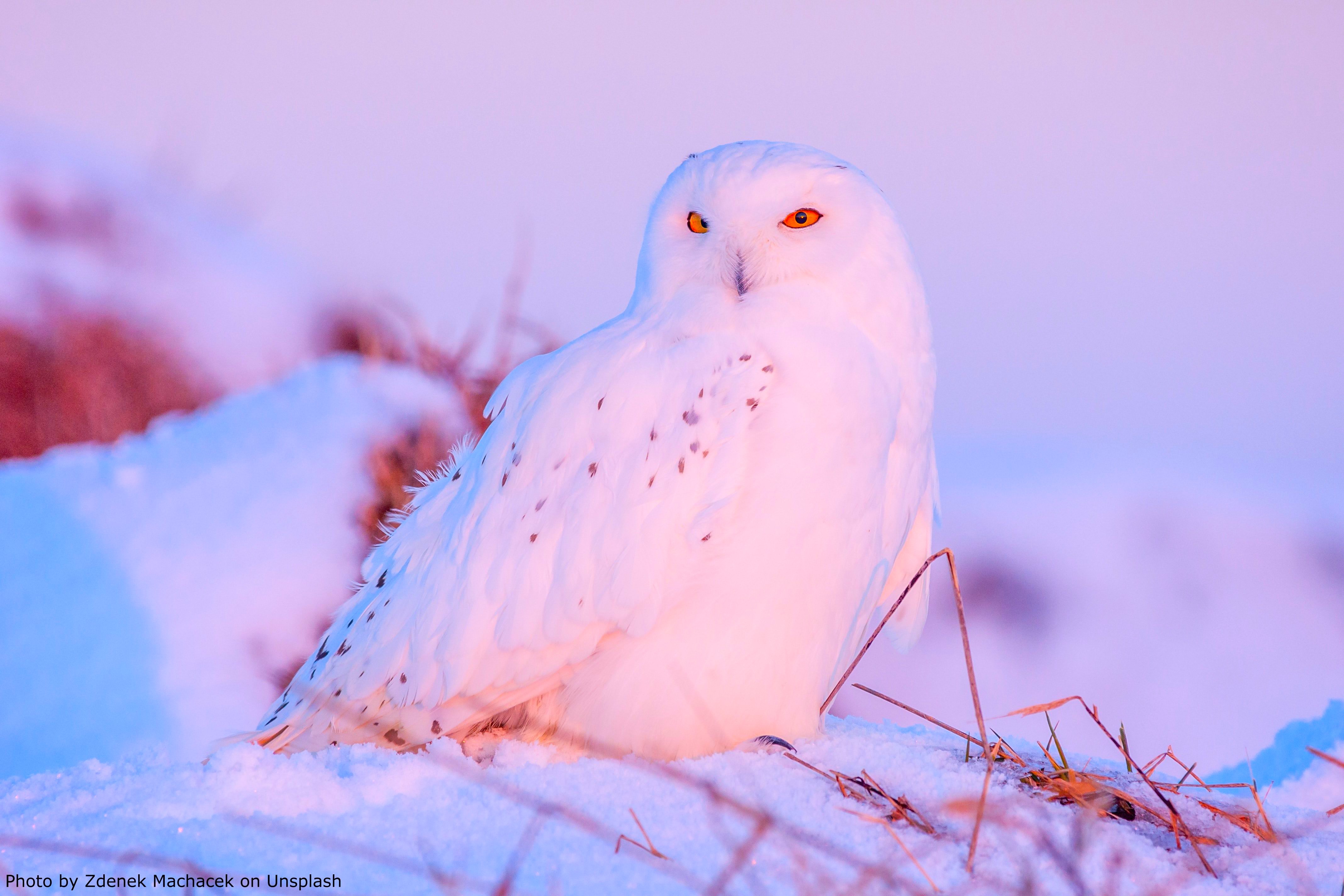 In this article, we'll discuss the frontiers on which intelligent consumer devices are evolving. Specifically, we'll detail how corporations, including ones partially owned by governments are pushing the evolution of these devices with the objective of further gathering and curating information about individuals for the purposes of improving their products and services.

The resulting amassment and centralization of this information is a major cyberprivacy time bomb, that will totally eclipse the types of targeted device hacks that we are observing today.

What is Surveillance Resolution?

With an eye towards cyberprivacy, Entropic Labs regularly performs in-depth research on emerging intelligent consumer devices. This makes it easier for us to see the motivations behind, along with the patterns of device evolution.

Companies that develop and market intelligent devices to consumers to feed their growing addiction to the information of individuals, are pushing to maximize the quality, quantity, and diversity of captured customer information, with the goal of attaining the best possible insights into our way of life.

Its important for us to comprehend this big picture, since it allows us to understand the frontiers that companies are pushing to get the information of individuals, what kind of information they are gathering and amassing, and ultimately who else might be motivated to hacking or acquiring the companies that have amassed this information.


To ease the explanation of this problem, we'll define "Surveillance Resolution" as the holistic surveillance potential that an organization has over an individual, that ultimately allows everything about them to be positively identified under varying conditions, effectively eliminating their autonomy and freedom.

While an organization usually has several channels that can be used to gather information about individuals, such as the basic use of their online services, the scope of our discussion will be on the smart devices that they produce. These devices empower them with a more 24x7 feed of their customer's lifestyle.

Targeting individuals or groups with nefarious intentions is likely not the objective of most organizations. However, their centralization of this diverse body of concentrated information, makes it a high value target to other entities, such as cybercriminals and state-owned acquiring companies. These entities may not be culturally predisposed to understanding privacy, and might be harboring more nefarious intentions. They can also be more motivated, and better equipped to refine this information to achieve their objectives.

This is by far the single biggest threat brought onto us by the Internet of Things. 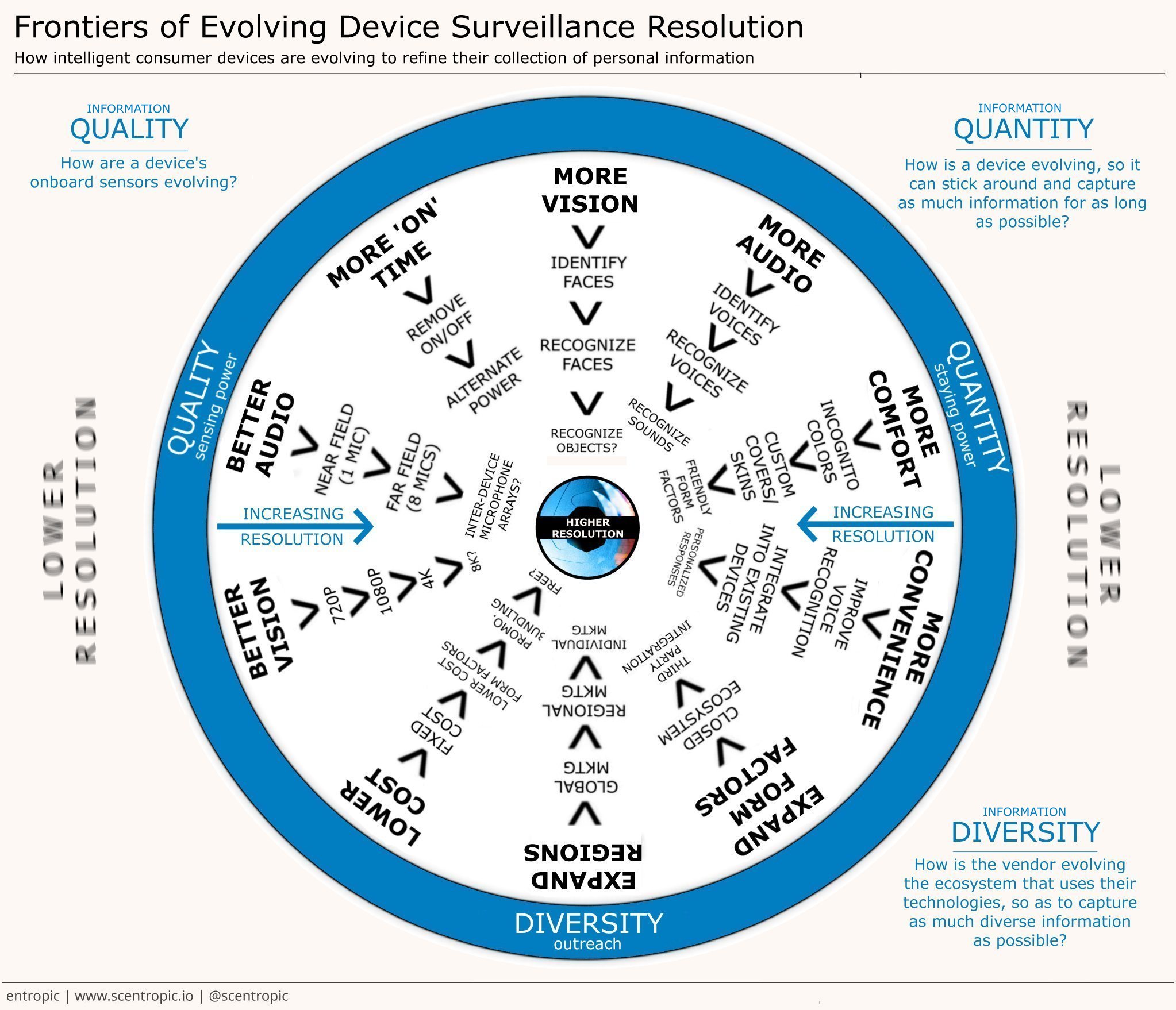 To further clarify the above diagram, we'll cover some examples within each main frontier of information gathering evolution.

Sensing Power: How are a device's onboard sensors evolving?

Staying Power: How is a device evolving towards the goal of sticking around and capturing as much information, for as long as possible?

Outreach: How is the vendor evolving the ecosystem that uses their technologies, so as to capture as much diverse information as possible?

How Can We Address These Problems?

The most important priority is for individuals to be empowered to quickly understand the implications of the intelligent devices they encounter in their daily lives.

Once we can understand these implications, we can be more mindful, and better equipped to make the right decisions to protect our privacy. With this knowledge, we can put the pressure back on the companies producing these devices to prevent the ongoing erosion of our freedom. With the overwhelming number of intelligent devices being produced by organizations with their burgeoning addiction to our personal information, this is a very challenging task.

Quantum computing will accelerate the processing, and infiltration of stored data amassed by the Internet of Things. Data processing tasks that are seemingly impossible now will become more trivial. This is discussed in further detail in this article originally posted by Vlad Andrei at Albaron Ventures.

The good news is that the same bleeding-edge technologies that can undermine our privacy, can also be used to defend our privacy. We'll discuss this in more detail in a future article.