Is it Possible to Deter an Unwanted Photograph? 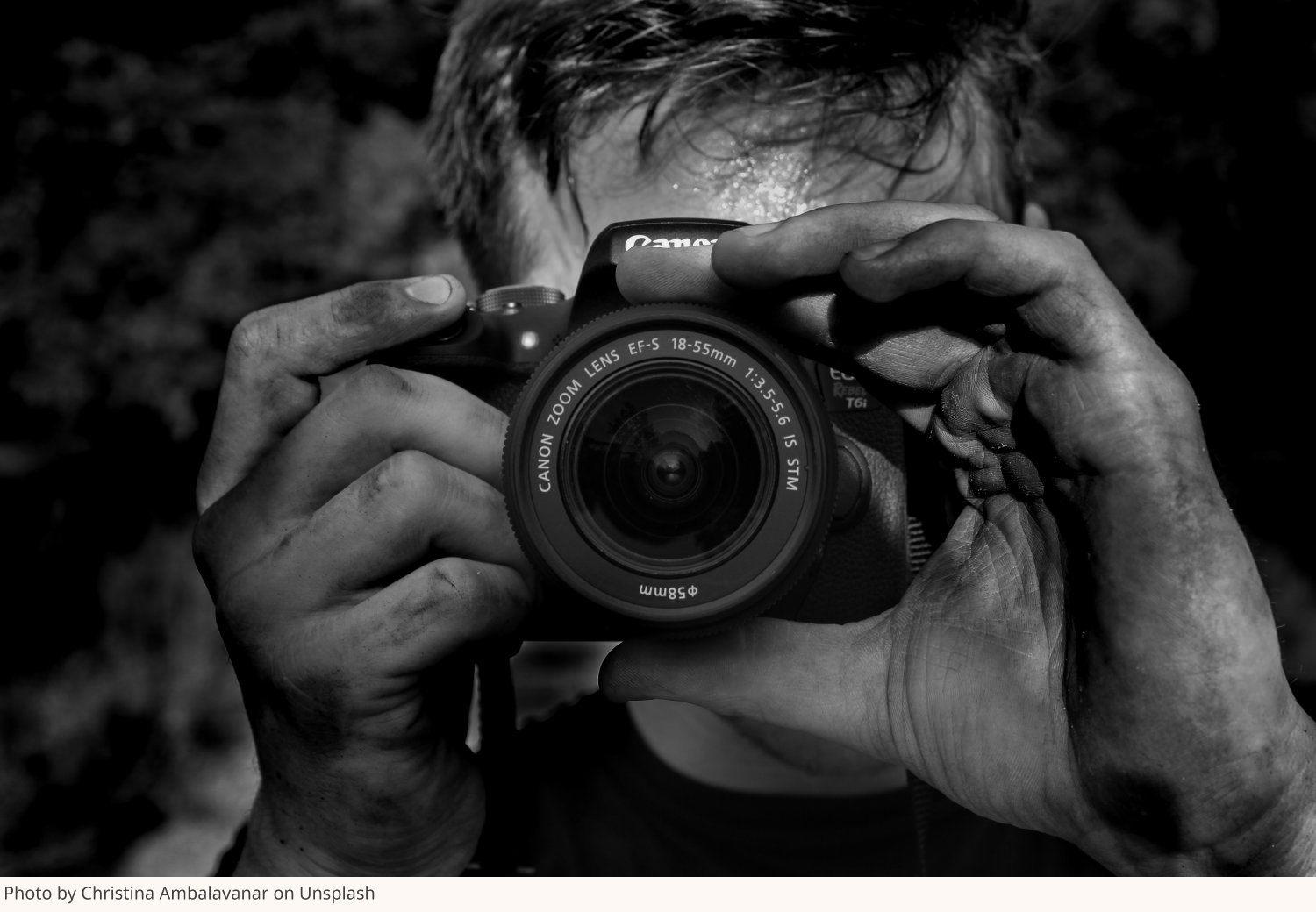 When it comes to having your photo taken by others, for many of us there is a right time and a wrong time.

Some of the reasons why we may not be favorable to having our photo taken at any given time, include our perception of how well presented we are, whether or not we have the energy or mood to present a nice smiling image for the camera, and perhaps other details, such as our current location, since this tends to reveal regular lifestyle habits which we might prefer to keep private.

Celebrities and public figures, many of whom have a love/hate relationship with the press and paparazzi, can also have a pronounced sensitivity to having their photo taken at the wrong time.

The Explosion of Available Cameras

The prevalence of cameras beyond the traditional dedicated-purpose camera has exploded over the past 15 years - most notably with the introduction of smartphones and tablets. Other examples are security & monitoring cameras, cameras attached to vehicles that perform street mapping, autonomous driving, and information collection, and cameras such as Facebook Portal that can now follow us around as we move within our own home. In addition, the availability of methods to distribute and share photos has increased massively. We have been forced to accept the reality that our photo could be taken at any time or place and distributed to any given number of people instantaneously, without having much say about it.

Depending on their privacy policy, the act of simply distributing a photo to others using platforms such as social media, e-mail, and instant messages, can grant these companies carte blanche over how they collect and use your photos. Methods such as artificial intelligence and machine learning are being applied to collected photographs, and linked back to an ever-amassing profile about you and your lifestyle.

With this explosion in photographic devices and efficient distribution technologies, there has been little or no corresponding evolution of technologies and laws to empower us to defend ourselves from the capture and distribution of our photographs. At the end of the day, we still depend heavily on the courtesy of the photographer to be sensitive to our privacy. 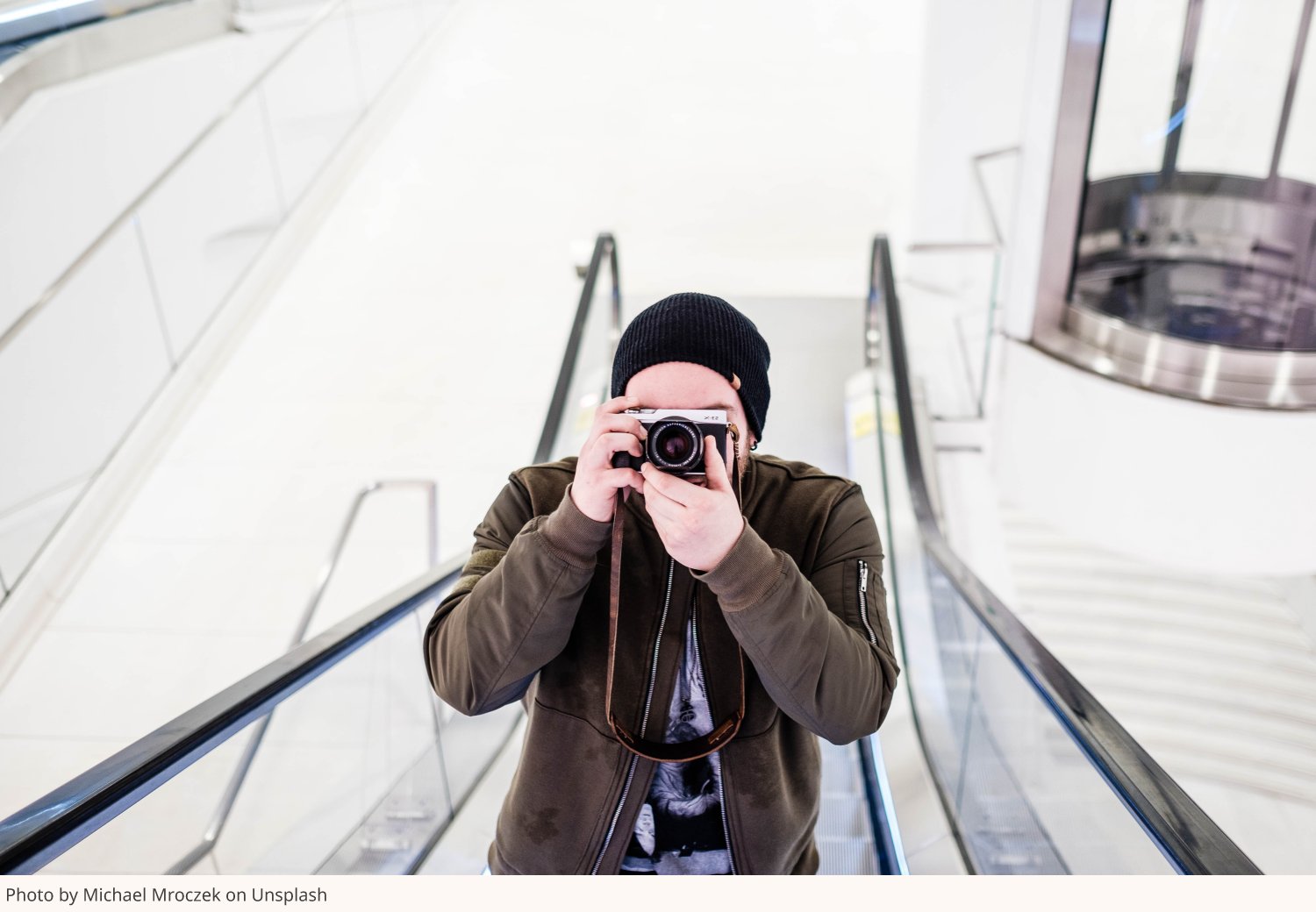 Assuming that a photographer chooses not to respect the wishes of an individual who does not want to be photographed, what might possibly deter them from taking a photo?

Let's delve a bit deeper into the comfort zone of the photographer - at the time they are taking a photo of someone else. Selfies and other intentional inclusions aside, the photographer is comfortable knowing that their own camera is not aimed at them while they take photographs of others. They can be secure in the knowledge that their photo and personal details will not be included in their photograph of other people, unless of course they want it.

Should the photographer choose to re-distribute, post, or sell their photo to other select individuals or masses of people, theres not much in the photograph that says anything about them. Aside from some basic and largely optional pieces of native information supported by the standard image formats, it's pretty difficult to reverse engineer a photograph to attribute the original photographer.

In the field of cybersecurity, law enforcement, intelligence groups, and the organizations that support and work with with them, deal with an ongoing problem of identifying and prosecuting cybercriminals and nation states who instigate attacks, such as hacking, targeted attacks, and advanced persistent threats. This problem is known as attribution - linking a cyberattack back to the entity who originally instigated it.

What if we were to apply the concept of attribution to photography, in a way that helps people defend their privacy?

We believe that these upcoming technologies are a first step to leveling the playing field that has long been dominated by an influx of photographic and communications technologies, without a corresponding evolution of laws and technology defenses.

Companies such as DocuSign, who have for many years provided a de facto way to conveniently sign documents online, are now integrating their signature systems with the Ethereum blockchain for neutral record keeping and improved privacy. This is discussed more in this article by Elizabeth Gail, originally posted on CoinCentral.com.

Acknowledgements:
Photo by Michael Mroczek on Unsplash
Photo by Christina Ambalavanar on Unsplash